The U.S. War Department published Newsmaps throughout the second World War. The names and configurations of the responsible sub-agencies changed several times during the war. Notes on many of the Newsmaps indicate that they were distributed by both the Army and the Navy.

Newsmaps were produced weekly from April 1942 to March 1946, after which an additional eight issues were published.

During most of the war, Newsmaps typically featured maps of the world and of local areas seeing fighting, brief summaries of military action during the week, and photographs of troops and materiel. The earliest Newsmaps were printed on one side only. However, beginning with volume 1, no. 5, most Newsmaps had a second side which provided recognition cues for tanks, ships, and planes; information about enemy organization, equipment, and uniform insignia; strategies for defeating or evading enemy weapons; detailed maps; highlights of service achievement; or inspirational posters or photo montages. As hostilities came to a close, Newsmap content switched to revelations of enemy atrocities, and to information on the peace process and reconstruction efforts around the world. Side two content on these later Newsmaps often focused on preparation for the return to civilian life.

Newsmaps were produced in a large domestic version, a smaller overseas version, and an industrial version which contained content similar to other Newsmaps, but with added information about war production efforts. The United States Government Publications Monthly Catalogs for 1943 to 1946 also list a version called "Newsmap Supplement for Special Training Units" and, later, "Newsmap Special Edition." Some Newsmap content was also published as "separates"--individual maps and posters separate from the main publication.

According to the National Archives and Records Administration, "NEWSMAPS were not issued for general distribution. The posters were distributed to military installations, government and civilian groups working on War Department projects, and certain depository libraries, as designated by Congress, and one copy to Congressmen, if requested." Industrial Newsmaps were displayed in war production facilities around the country. (Source: Scope and Content Notes associated with National Archives and Records Service ARC Identifiers 533027 and 516334, accessed at http://www.archives.gov/research/arc/ on 4/6/2010.)

Overseas Newsmaps were sent to field units in theaters of conflict. The importance and use of overseas Newsmaps is discussed in the 1944 War Department Basic Field Manual FM 28-105, The Special Service Company, pp. 36-37.

The World War Two Newsmaps Collection in the UNT Digital Library consists of a complete run of all five volumes of domestic Newsmaps.

Most of the Newsmaps were digitized from the print collection of the UNT Libraries. The original Newsmaps came to the UNT Libraries from the now-defunct UNT Historical Collection, the former campus museum. Although we don't know the full provenance, many of the maps are stamped "From Congressman Ed Gossett, 13th Texas District." These Newsmaps are currently housed in the Government Documents Department at the UNT Libraries.

Because our print collection is incomplete, several universities kindly loaned Newsmaps from their own collections to complete the digitzation project.

Special thanks goes to University of North Carolina Libraries, and to Southern Methodist University's Central University Libraries which graciously loaned a number of Newsmaps for digitization. 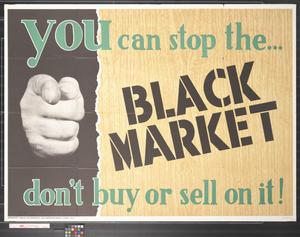 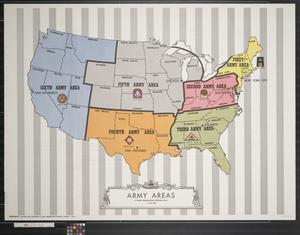 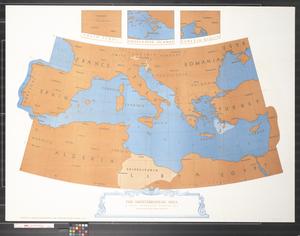 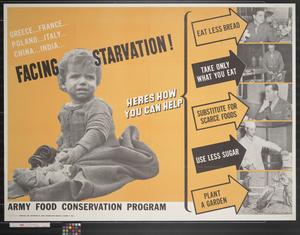 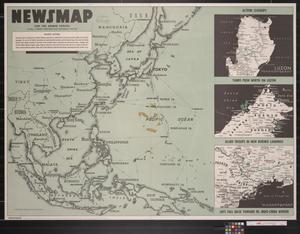 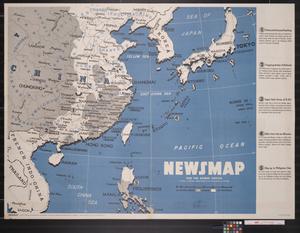 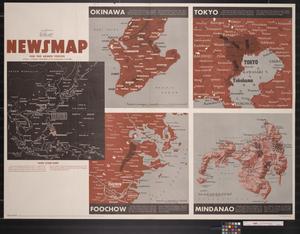 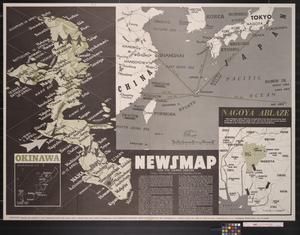 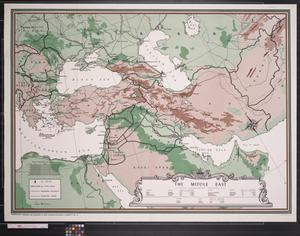 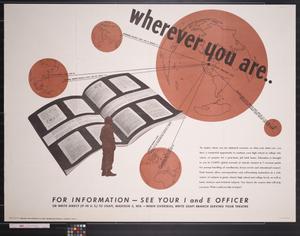 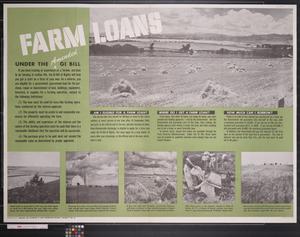 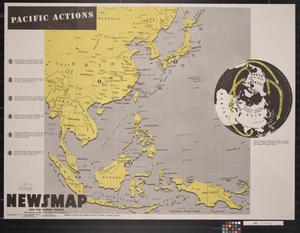