Hermine Tobolowsky (1921-1995), a Dallas lawyer, is considered to be the "Mother of the Texas Equal Rights Amendment." After graduating from law school in 1943, Tobolowsky had trouble finding a job because of the rampant sexual discrimination at the time. After working for a few years in San Antonio, she decided to start her own practice, and eventually moved it to Dallas in 1951.

Soon after, Tobolowsky began an effort to amend Texas laws that discriminated against women, such as the separate property and acknowledgement laws. She worked with the Texas Federation of Business and Professional Women's Club, of which she was a member and eventually president, to conduct an extensive letter writing campaign to make changes to laws. She then fought to amend the Texas Constitution with the Texas Equal Rights Amendment, which passed in 1972. Tobolowsky pushed for a similar national amendment, which eventually failed, but she continued her work in equal rights legislation working for different organizations and helping to amend laws in multiple states.

The digital collection contains letters, telegrams, newspaper clippings, and a brochure related to the fight for women's rights in Texas. 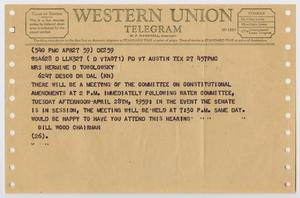 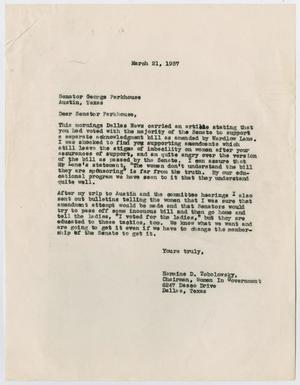 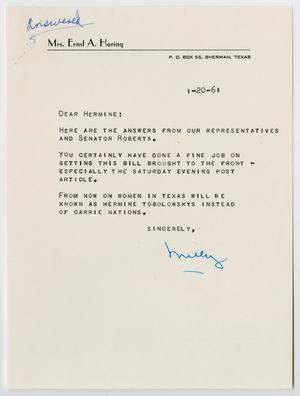 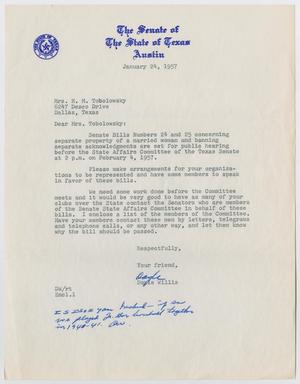 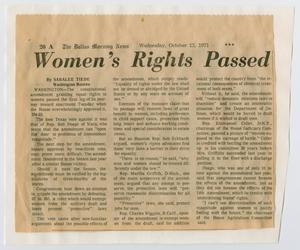 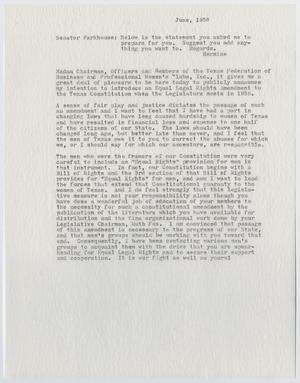