Donald F. Baker (1947-2000) was a teacher who lost his job for coming out as a gay man during a television interview in 1977. Baker was a founder of the Dallas Gay Political Caucus along with Louise Young, Dick Peeples, Steve Wilkins, and Jerry Ward, and he was also president of the Dallas Gay Alliance. Don Baker received widespread acclaim from his involvement as the primary plaintiff (with the backing of the Texas Human Rights Foundation) in the Baker v. Wade case, which challenged the 21.06 law, a Texas code which bans homosexual conduct of any kind. Baker's victory in the case was also a huge civil rights victory for the LGBT community, and he is hailed as a pioneer for the work he accomplished. This collection features materials from the case including correspondence, interviews, clippings, case files, and additional documentation of the case. The law was reinstated in 1986, and it was not until the Lawrence v. Texas case of 2003 that the 21.06 law was ruled permanently unconstitutional.

In addition to his activist work, Baker also served as director for Community Productions, a Dallas theater and dance group which specialized in performances for the gay community. Materials from this organization are also included in this collection.

After spending most of his years in Dallas, Baker moved to Boston where he lived for the remainder of his life. Beyond the 21.06 ruling, Baker was involved in conferences, presentations, and the publishing of articles (included with this collection) which brought more attention to gay rights causes. Don Baker passed away in 2000, after a seven-year battle with cancer.

This digital collection contains the papers, photographs, publications, and artifacts of Donald F. Baker. Most materials date from 1975-2000. The corresponding physical collection is housed in the University of North Texas Special Collections. For more information about the physical collection, see the finding aid. 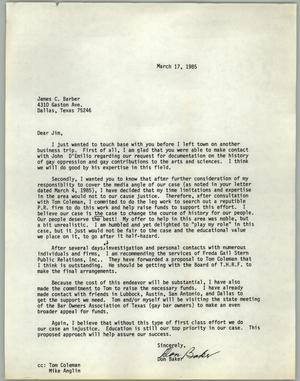 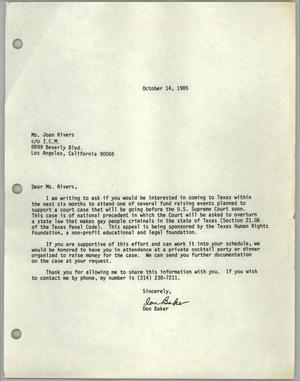 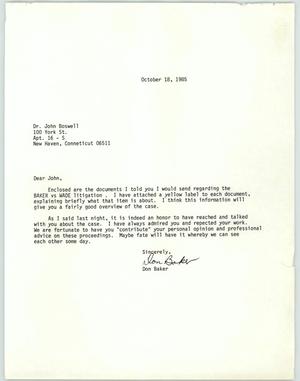 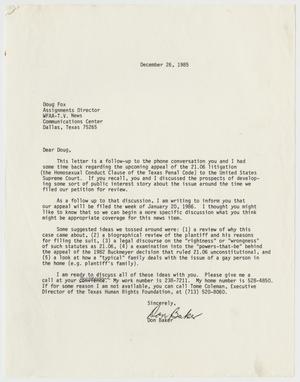 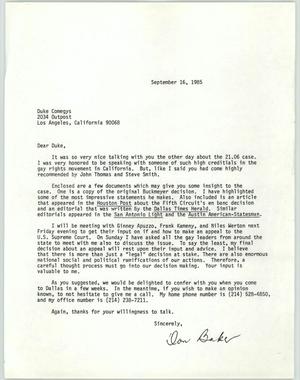 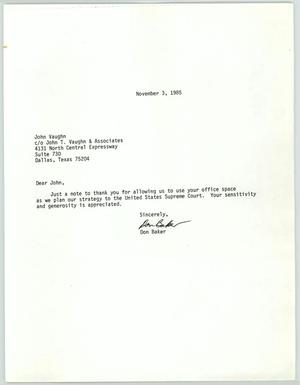 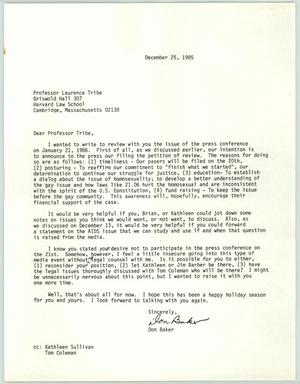 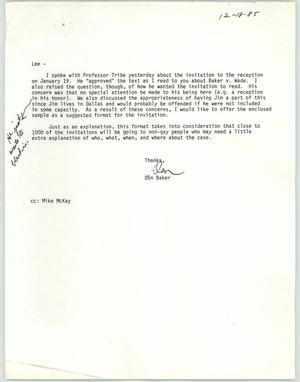 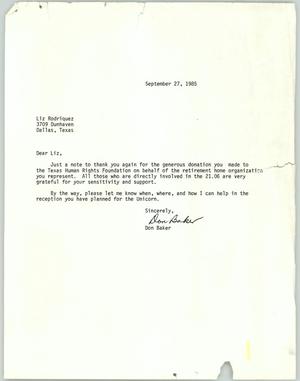 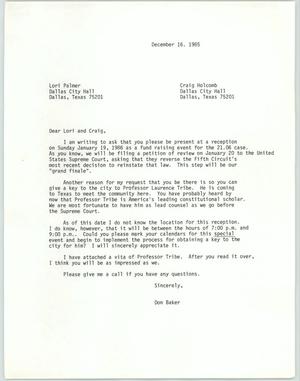 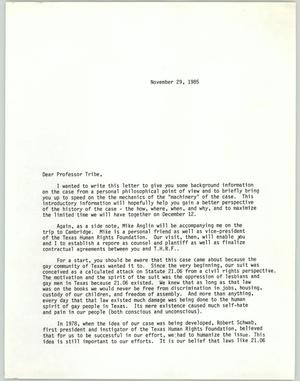 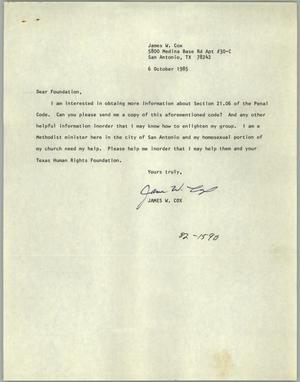