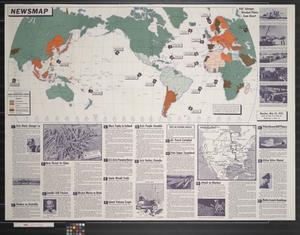 Inset maps show the Burma Road and a map of a portion of Europe overlaying a map of the United States. U.S. cities are shown in italics, European cities in capitals.