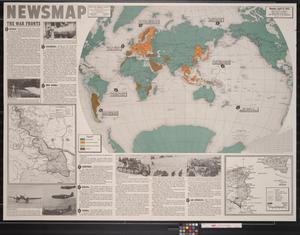 Back:
The Marine Corps. A unified fighting force. Graphic image shows helmeted Marine soldiers with rifles attacking a tropical island with ships and transport boats in background, as well as various photos of parachutes, bombardments, etc.