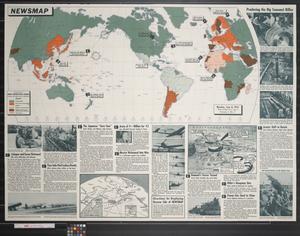 Back:
Enemy Tanks Are Vulnerable. Includes 10 photographs with descriptive text below each.