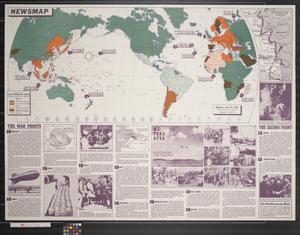 Back:
Color illustration of a German Gruppe. Text and drawings detailing the organization, uniforms, insignia and weapons of the basic German army unit.