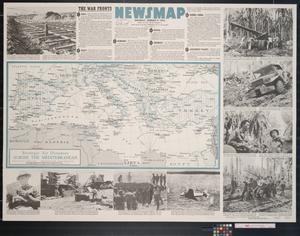 Back: [text and ill.]: The long, tough fight ahead : beyond sunny Italy!/ Back text includes quote from the President of the United States, July 28, 1943: "I confess that I myself am sometimes bewildered by conflicting statements that I see in the press ..."