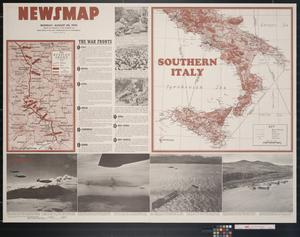 Back:
Weapons of the German Infantry Division. 17 weapons are identified and described, including the size, maximum range, and number found in various German Army units. Each weapon is keyed by number to a battle illustration.