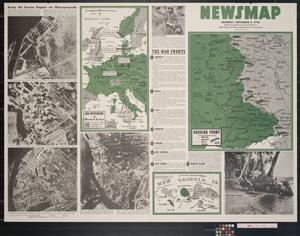 Back:
Typical German infantry division. Illustration of a division with descriptive text keyed to the illustration. Regiments described including size, officers and enlisted men, types and numbers of weapons.