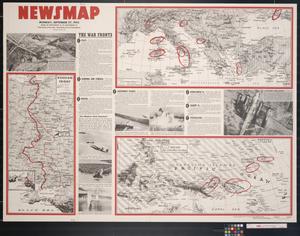 Back:
Progress of the War : Report from the Chief of Staff to the Secretary of War : 1 July 1941 to 30 June 1943. Extensive text with 2 maps: Deployment of American troops; Time and space chart: air and water logistics.