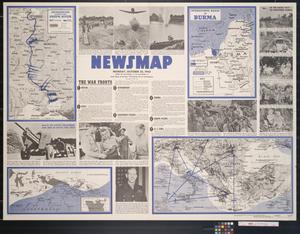 Back: Photographic view of the world with the center at Berlin, Germany. Includes instructions for using a detachable scale that, when centered on Berlin, measures distances along any line running through Berlin.