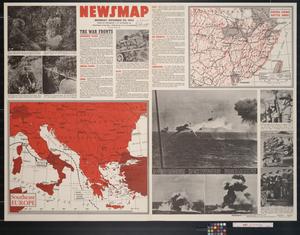 Back: Text and photographs illustrate the battle for the Gilbert Islands.