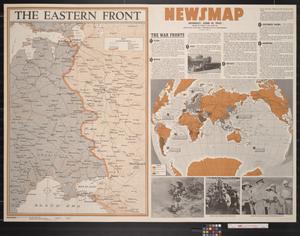 Back: The Making of a U.S. Bluejacket. Text and 25 photographs illustrate the training of the Naval personnel.

"Prepared from public sources of information"

Back: "Prepared in collaboration with Recruiting Division, Bureau of Naval Personnel, Navy Department"