Newsmap. For the Armed Forces. 255th week of the war, 137th week of U.S. participation 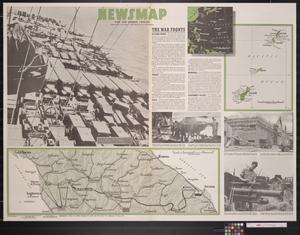