Newsmap. For the Armed Forces. 246th week of the war, 128th week of U.S. participation 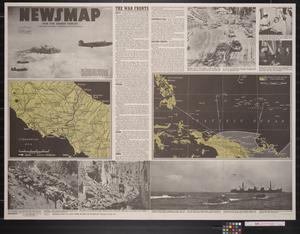 Maps: Central Italy showing current offensive areas and the battle line as of 11 May, 1944; Extent of Allied ground force operations.