The Impact of Near-Death Experiences on Persons Who Have Not Had Them: A Report of a Preliminary Study and Two Replications Page: 223 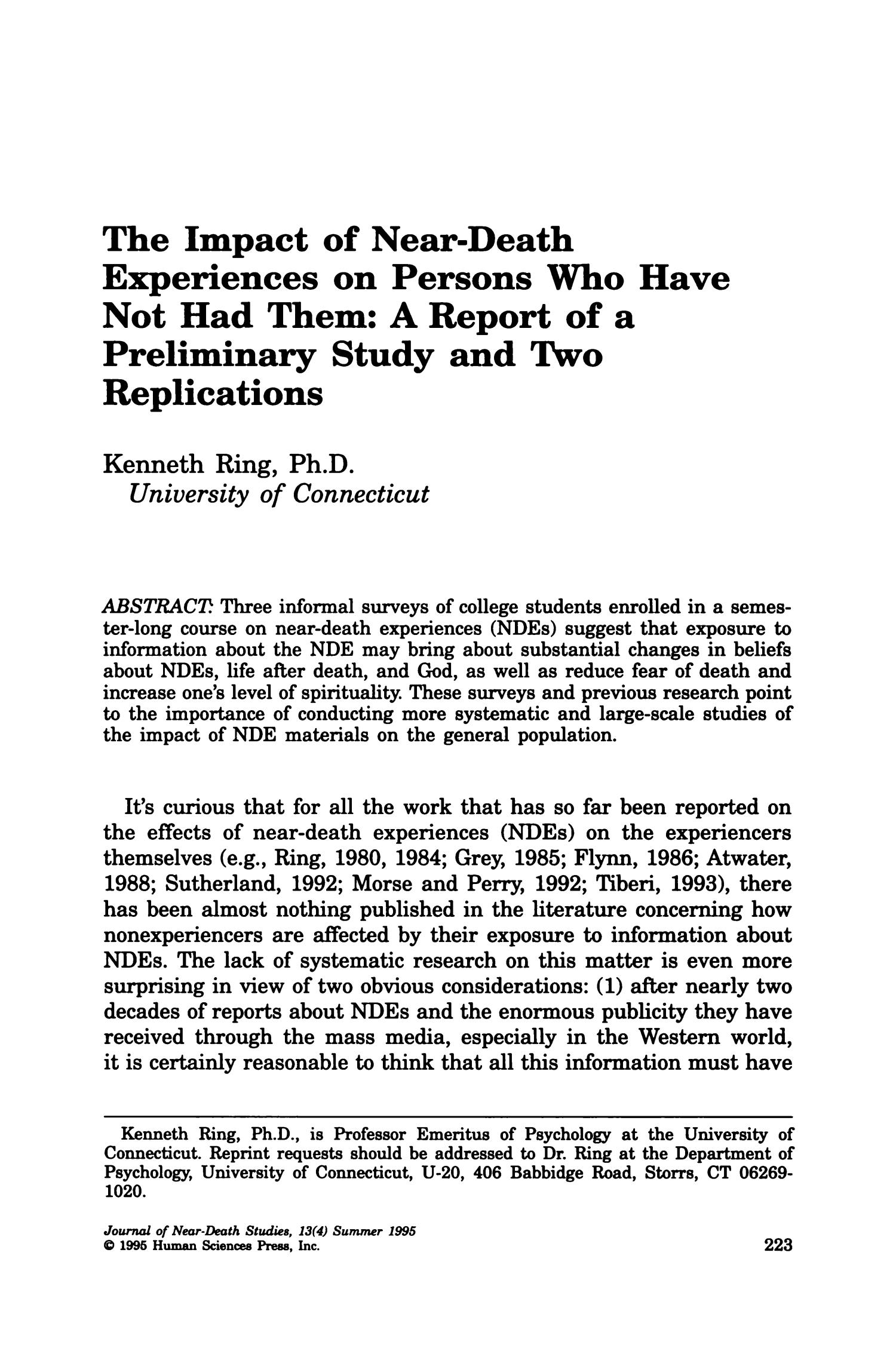 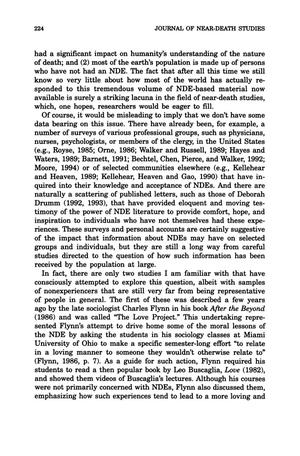 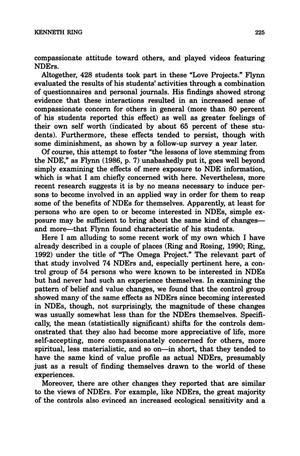 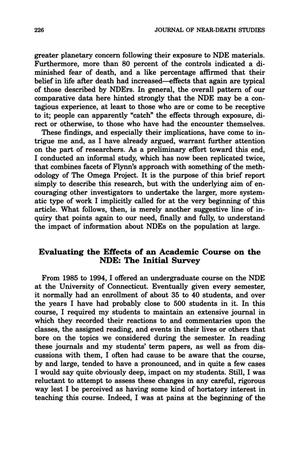 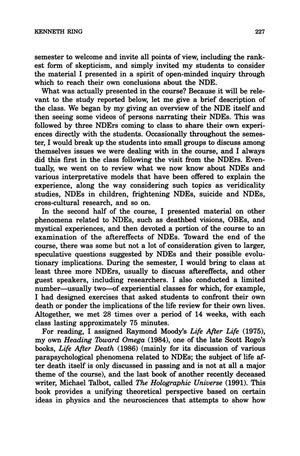 Quarterly journal publishing papers related to near-death experiences, including research reports; theoretical or conceptual statements; expressions of a scientific, philosophic, religious, or historical perspective on the study of near-death experiences; cross-cultural studies; individual case histories; and personal accounts of experiences or related phenomena. Table of contents for each issue in volume 13 on page 283.