Comments on "A Neurobiological Model for Near-Death Experiences" Page: 229 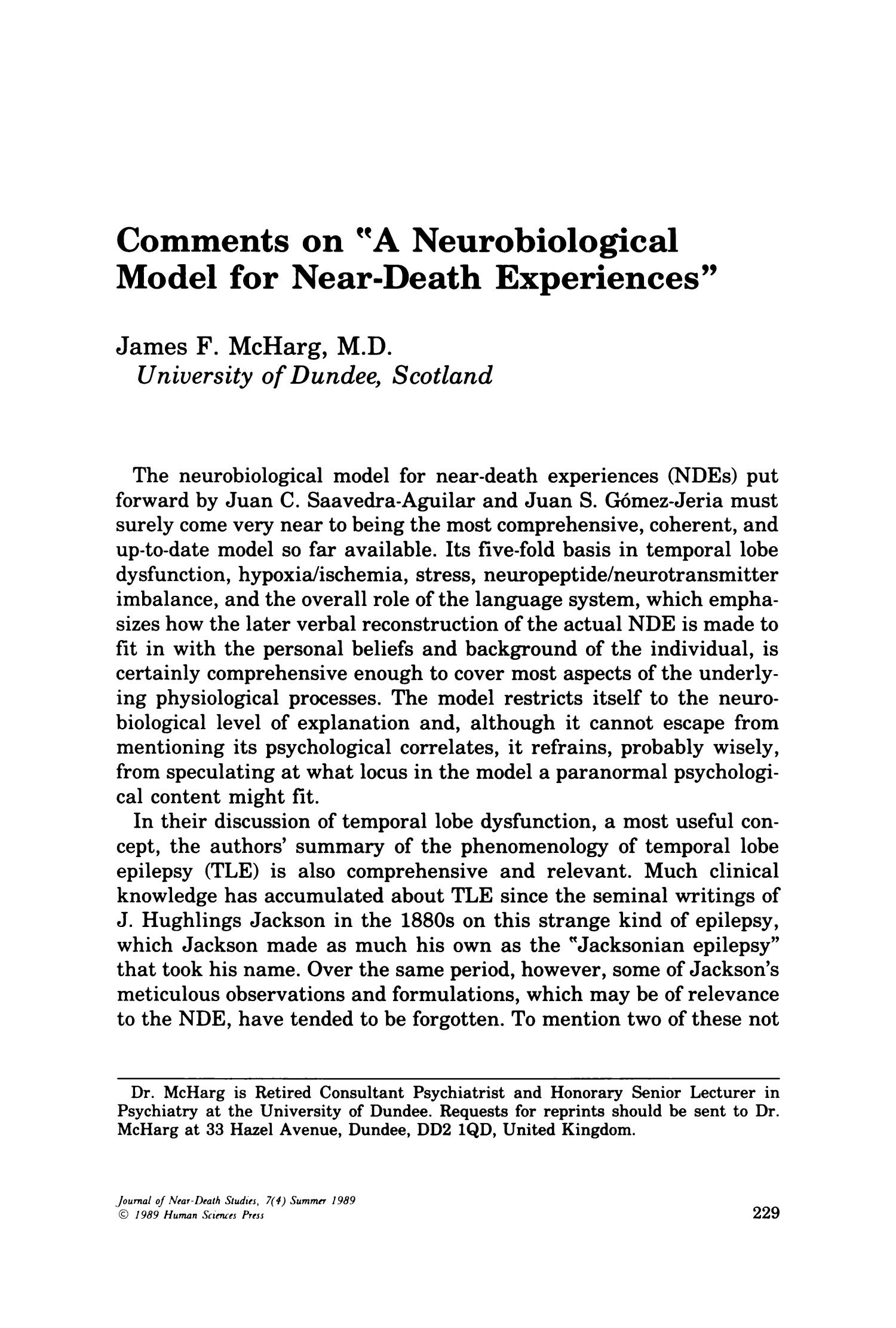 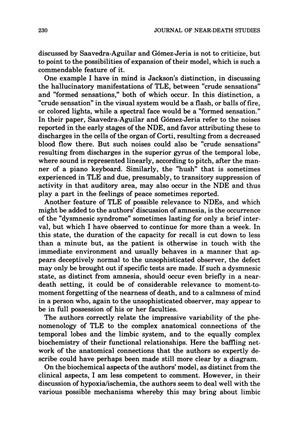 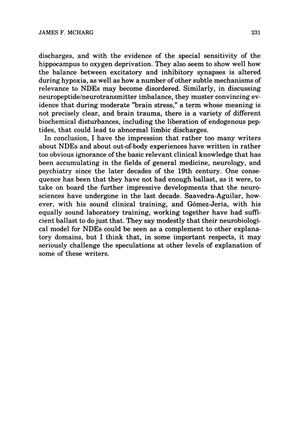 Article presenting a neurobiological model for near-death experiences (NDEs) in an attempt to correlate the biological and psychological domains. This model is based on temporal lobe dysfunction, hypoxia/ischemia, stress, and neuropeptide/neurotransmitter imbalance.

Relationship to this item: (References)