One of 30 videos in the series: Alvin Mansfield Owsley Collection, 1904-1972 available on this site. 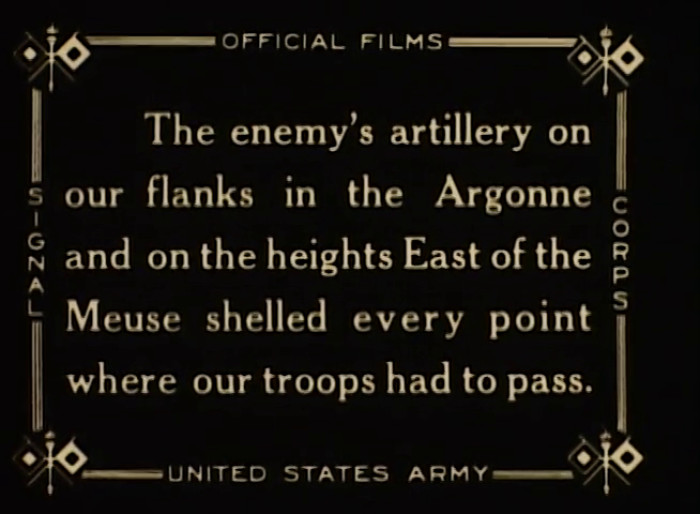 Second of 5 reels documenting the activities of the American Expeditionary Forces in World War I with footage of American soldiers on various assignments in Europe, particularly the Meuse-Argonne battle.

People and organizations associated with either the creation of this video or its content.

People who are significant in some way to the content of this video. Additional names may appear in Subjects below.

We've identified this video as a primary source within our collections. Researchers, educators, and students may find this video useful in their work.

Descriptive information to help identify this video. Follow the links below to find similar items on the Digital Library.

Second of 5 reels documenting the activities of the American Expeditionary Forces in World War I with footage of American soldiers on various assignments in Europe, particularly the Meuse-Argonne battle.

Fuller description of content for this reel: The footage begins with American troops marching through rainy streets in France, then taking wagons on French roads and gearing up for the Meuse-Argonne Offensive. The footage then shows American guns firing the first shots of the 47-day Meuse-Argonne battle, an artillery observer being launched into the air in a balloon with an early radio, then being shot down by planes and parachuting to safety while anti-aircraft guns shoot at the plane with the balloon bursting into flames afterward. The battle scenes include early night-time battle footage, artillery fire, a Renault FT-17 Tank, and various troop movement. As the troops move into the Argonne Forest the footage shows various small conflicts, the assessment of a wounded soldier, dead lying in the fields, and villages in ruins. The footage also features Generals Foch and Pershing giving an update, troops in downtime, prisoners marching, Pershing pinning medals on American troops, and a German plane being shot down.

Unique identifying numbers for this video in the Digital Library or other systems.

This video is part of the following collections of related materials.

Materials focusing on the WWI era from 1914 to 1918. In addition to materials that were actually created during the time period, the collection may include modern studies and commemorative works about the era.

What responsibilities do I have when using this video?

Dates and time periods associated with this video.

When was this video last used?

Geographical information about where this video originated or about its content.

Interact With This Video