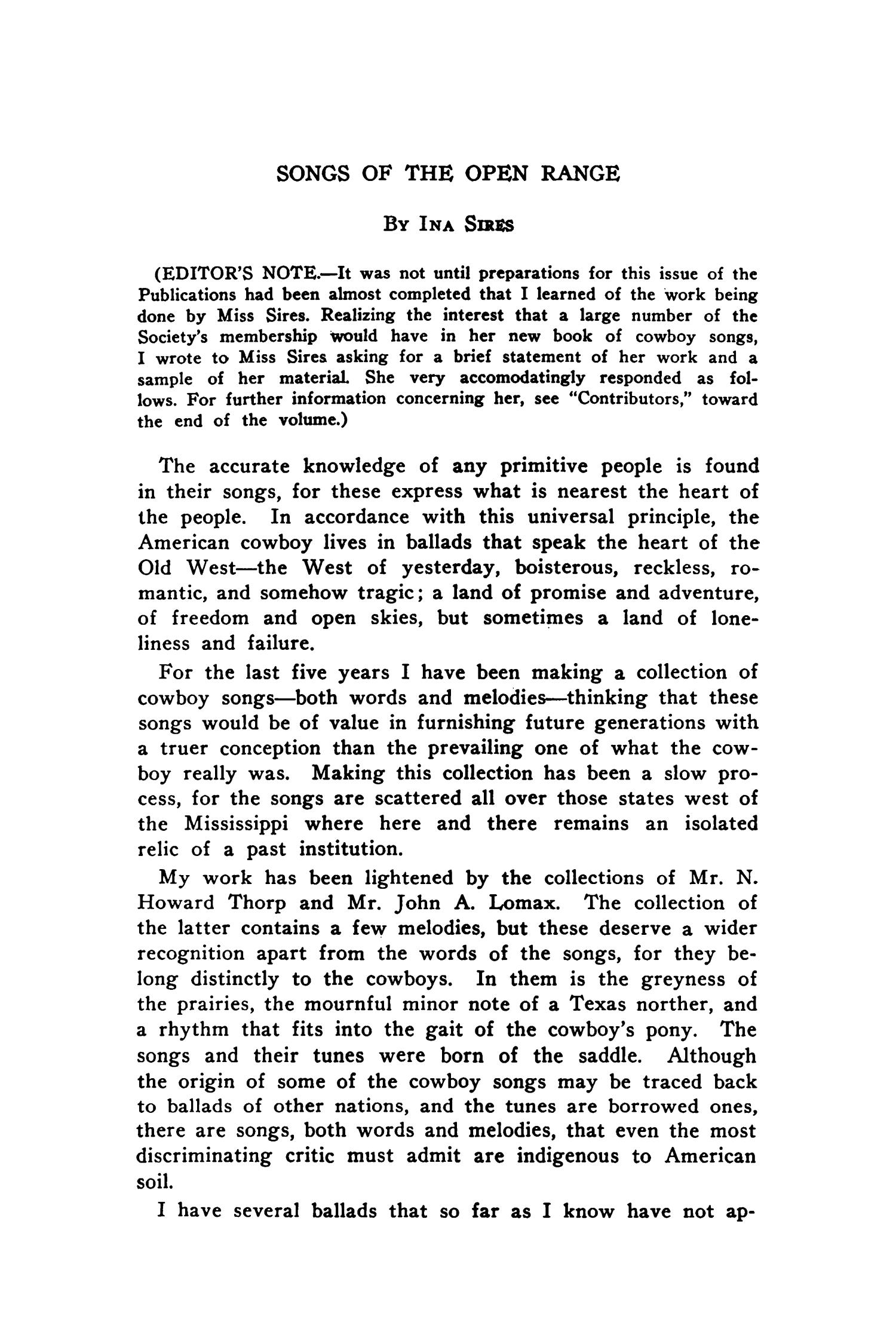 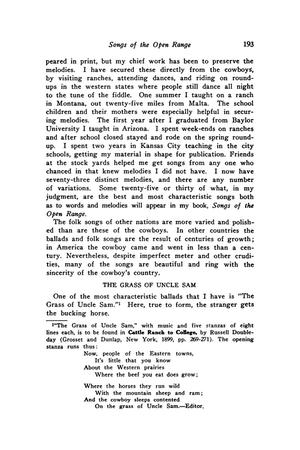 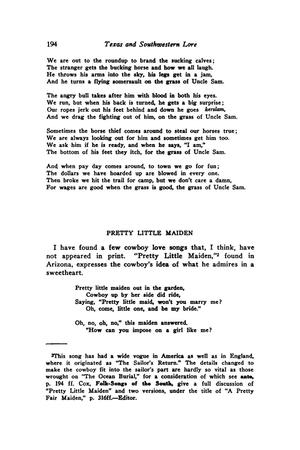 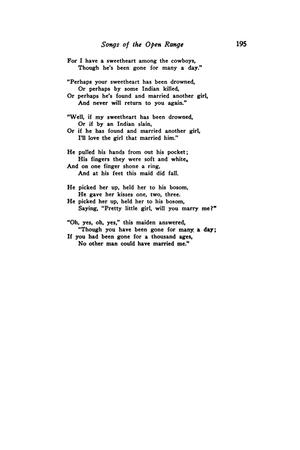 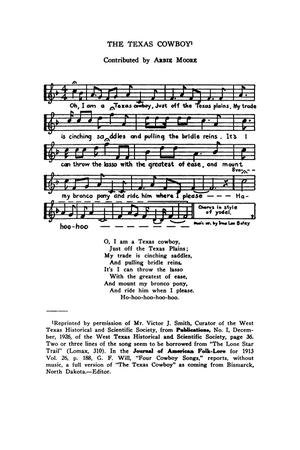 Collection of popular folklore from Texas and the Southwest, including ballads, cowboy songs, Native American myths, superstitions and other miscellaneous folk tales. It also contains the proceedings of the Texas Folklore Society. The index begins on page 243.