Arbor day, its purpose and observance. Page: Front Inside 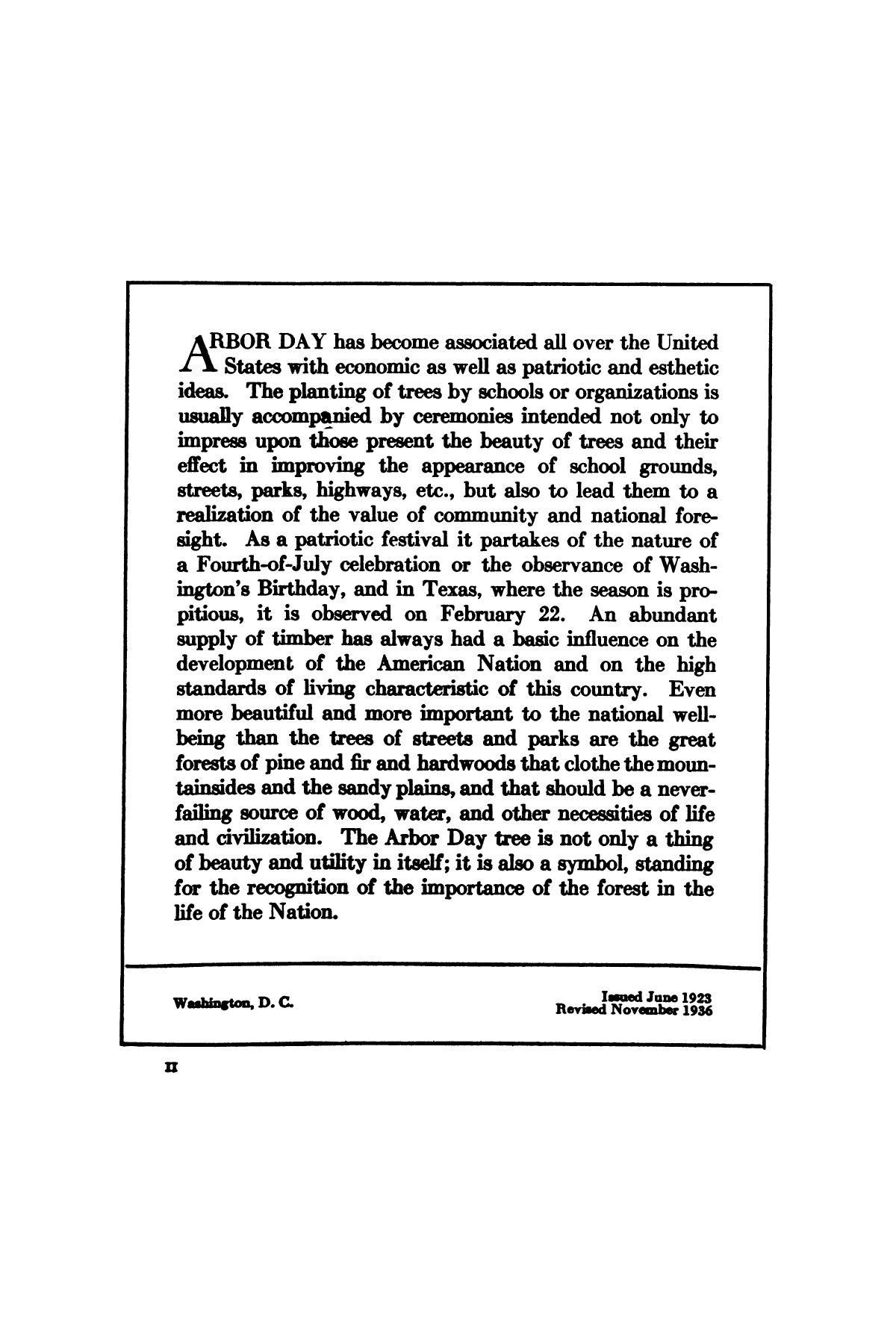 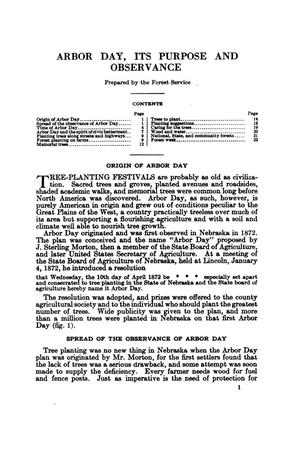 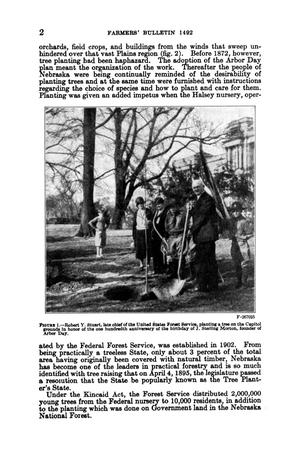 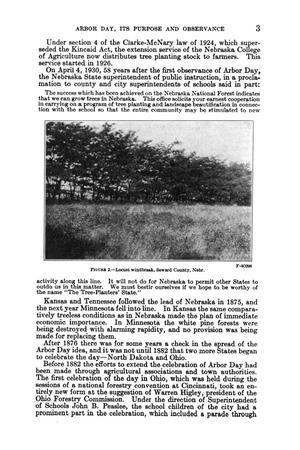 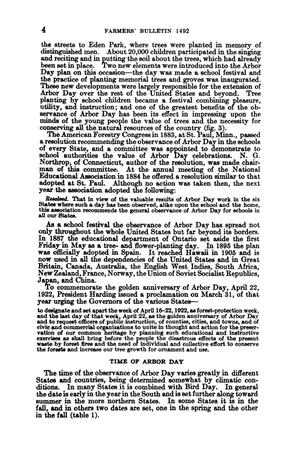