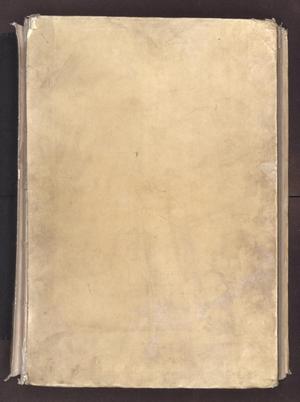 This book is part of the collection entitled: Virtual Music Rare Book Room and was provided by the UNT Music Library to the UNT Digital Library, a digital repository hosted by the UNT Libraries. It has been viewed 1216 times, with 14 in the last month. More information about this book can be viewed below.

We've identified this book as a primary source within our collections. Researchers, educators, and students may find this book useful in their work.

The UNT Music Library supports the scholarly and performance research needs of the College of Music by collecting and preserving monographs, reference works, periodicals, printed music, and sound recording formats, as well as subscribing to electronic databases for research and streaming music. Special collections are a particular strength of the Music Library's holdings.

The t.p. of this volume is printed in red and black ink and decorated with a border that depicts various musical instruments and includes a pastoral scene depicting Euterpe, the muse of music, holding a lyre and a horn as allegory of a scepter, and accompanied by various putti singing or playing musical instruments. Each page of the book is decorated with an ornamented border. The volume is divided in eleven chapters and three dissertations. The start of each chapter and each dissertation features, within an ornamented oval-shaped frame, the notated music of a canon in a five-line staff with underlaid text taken from passages in the book of Psalms and other books of the Old Testament.

This volume includes an engraved portrait of Martini by an unknown engraver and one illustration by Nicolaus Valleta depicting Queen Maria Barbara of Portugal in the company of several mythology figures, such as Apollo and Minerva, among others. At the center top appears a crown and a banner with the Latin inscription, "Hoc offer Regina, Tibi Lectum undique manus. Et vult esse tuum Musica quid quid Habet." At the bottom appears the coat of arms of the Spanish crown.

The first chapter explains the purpose of the volume and defines three classifications of music as defined by Boethius in the medieval ages: mundana (produced by the motion of planets and celestial bodies), humana (loosely translated as music of the body and soul), and instrumentalis (this kind produced by the human voice and musical instruments). Chapters 2-11 are devoted to some aspect of music covering various biblical ages starting with the story of the creation, as told in the Book of Genesis, throughout the lives of the Jewish patriarchs (Moses, David, and Solomon), and the encounter of the Hebrews with other eastern peoples.

The first dissertations argues about human natural singing and discusses theoretical concepts such as Greek music theory, scales and division of tetrachords. The second dissertation argues about the ancient manner of singing in harmony as taught by Zarlino and other music theoreticians. This part discussed the evolution of music notation from heightened neumes to the invention of four-line staff and square notation, to the five-line staff and Renaissance music notation. The third dissertation discusses the influence of Hebrew vocal and instrumental church music.