The Characteristics of Sociological Practitioners: A Social Psychological Examination 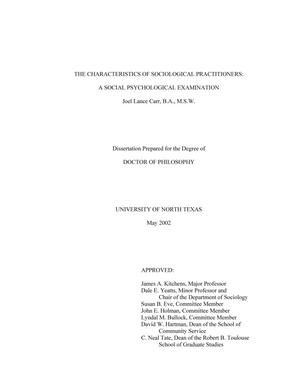 Questionnaires were sent by mail and e-mail to 143 members of the Sociological Practice Association. The purpose of the questionnaire was to measure the role expectations as qualities (competencies), role expectations as actions, and role enactments of the respondents'. An additional goal was to examine how respondents perceived their work to be sociological in nature, and how they saw their work as different from the practices of social workers, counselors, and psychologists.