DOD Financial Management: Weaknesses in Controls over the Use of Public Funds and Related Improper Payments Page: 2 of 33

This text is part of the collection entitled: Government Accountability Office Reports and was provided to UNT Digital Library by the UNT Libraries Government Documents Department. 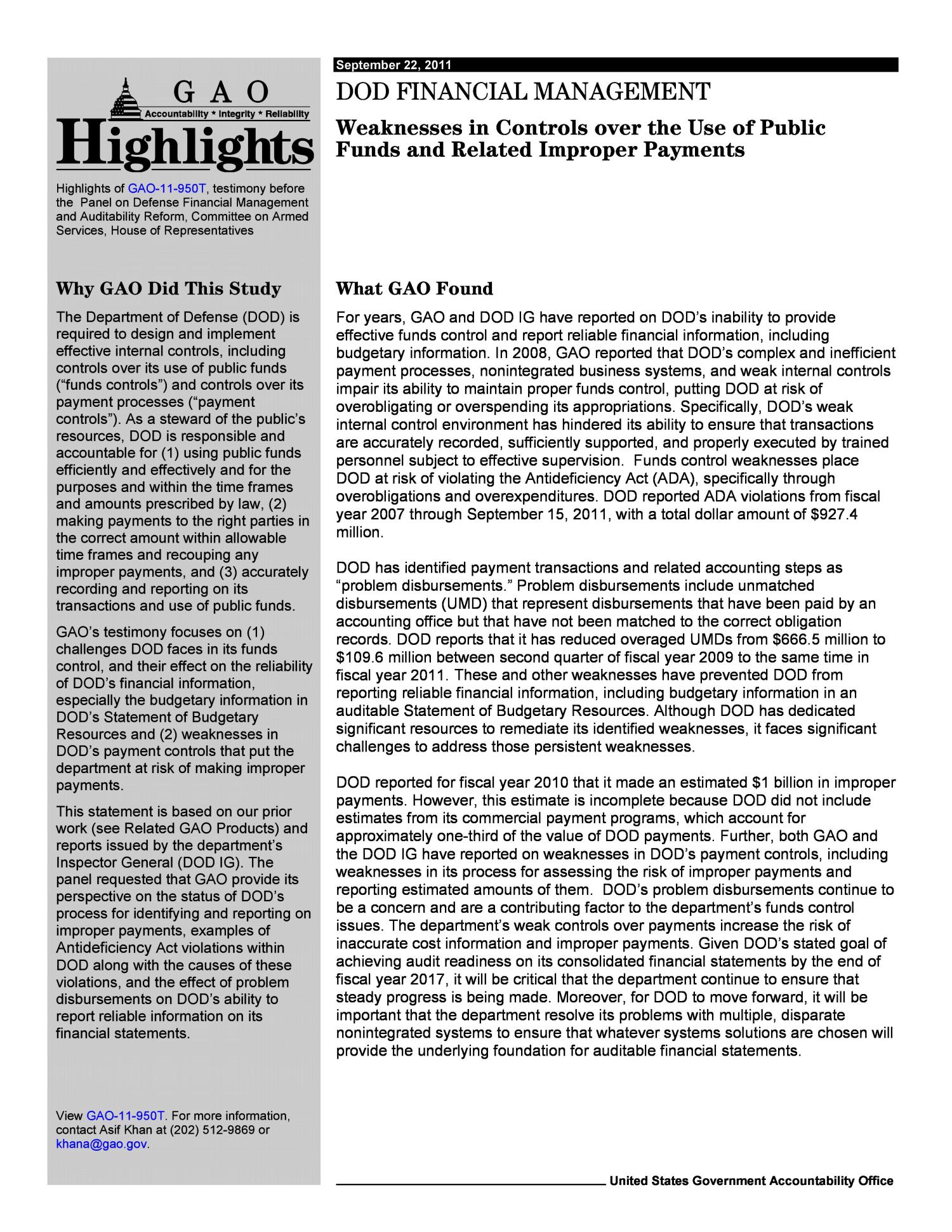 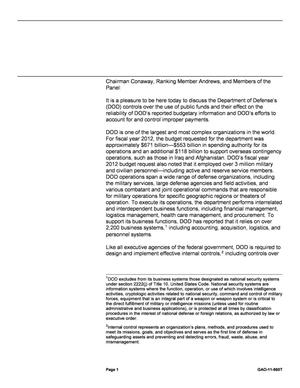 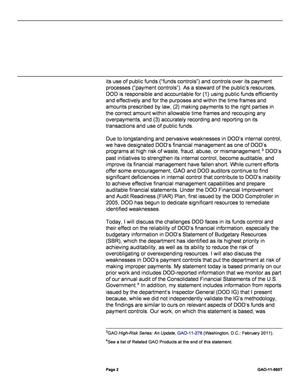 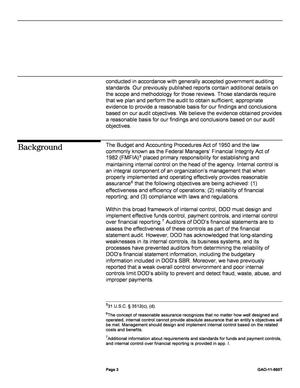 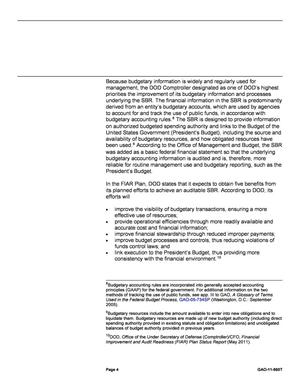