This system will be undergoing maintenance on April 12 between 8:00AM and 11:00AM CDT.

A Comparison of the Higher Education Systems of Taiwan, Singapore, and Hong Kong as a Model for Developing Nations, 1945-1980 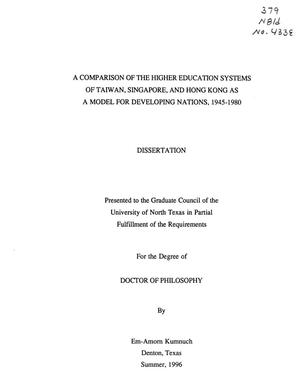 Geographical information about where this dissertation originated or about its content.