An Acoustical Analysis of the Frequency-Attenuation Response of Musician Earplugs Page: 5 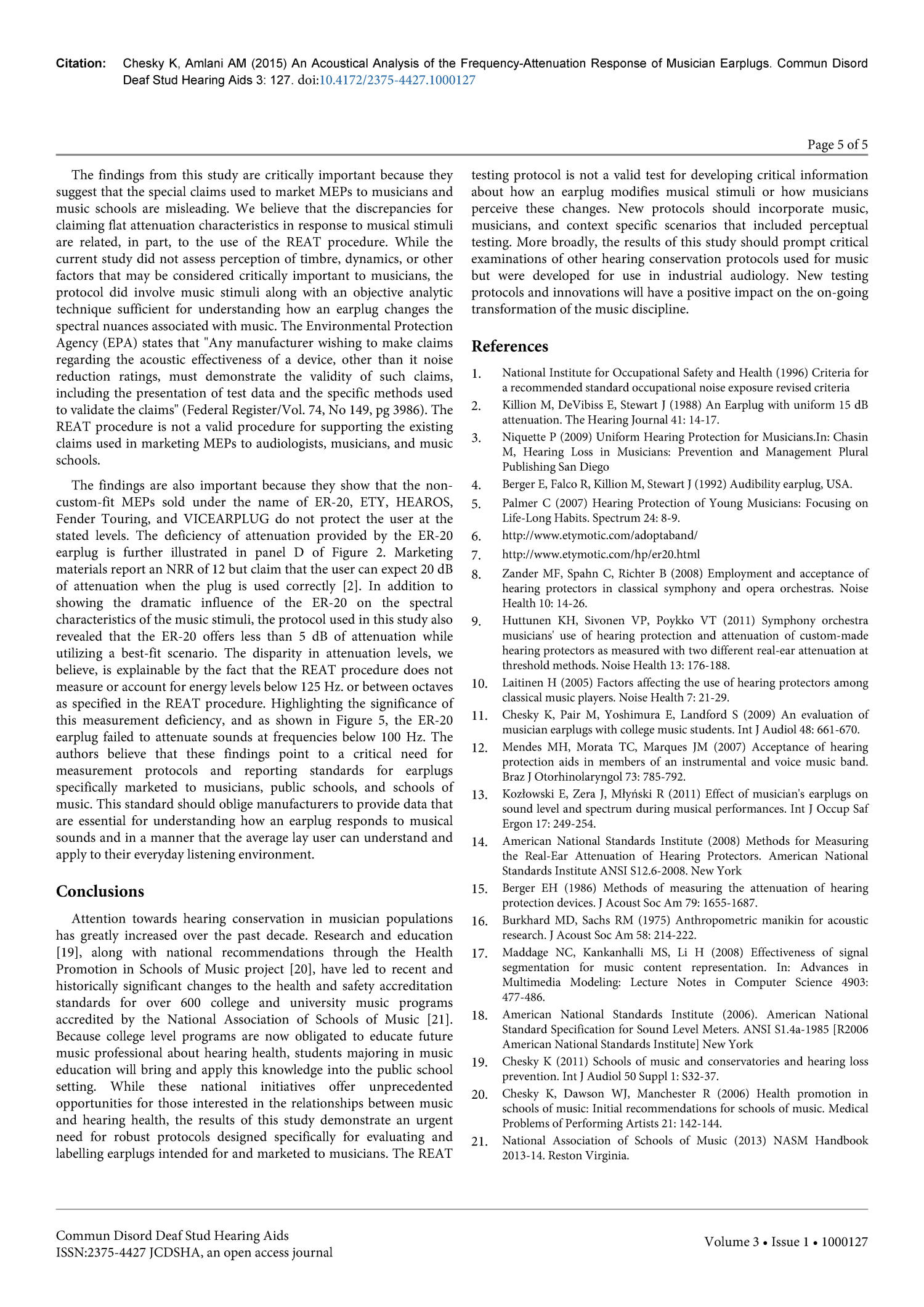