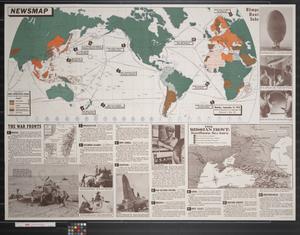 Large map is keyed to text and illustrates time zones around the world.