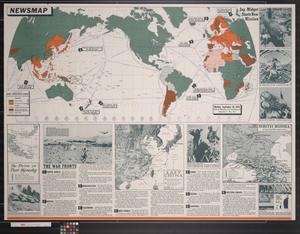 Back:
Jungle Warfare. 18 photographs showing scenes of jungle warfare accompanied by text describing the challenges faced by soldiers in that environment.