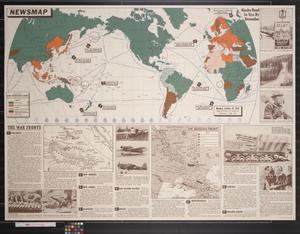 Back:
Airborne Command. 12 photographs with descriptive text and explanation of the role of airborne troops.